Turn on suggestions
Auto-suggest helps you quickly narrow down your search results by suggesting possible matches as you type.
Showing results for
Show  only  | Search instead for
Did you mean:
Sign In
Sign In Create an REI Account
Help
Topic options
Highlighted

@SurvivalGal hey stranger well met!
Peer would suggest I rise to your level 😉
I'm a postdoctoral researcher in plant diversity and evolution, so I know my way around scientific literature. Always nice to have conversations with thoughtful folk!

Yeah, at this stage my skepticism on the insect bite kit is inference (but as I do modeling for my bread and butter, I'm way more comfortable with that than I used to be 😉 ).

Yeah, placebo is a whole can of worms isn't it!?!
I've been doing some casual diving into it, and there is an increasing (but still tentative) literature on it being a nebulous cluster of unrelated and interrelated syndromes. Unfortunately some/many of those actually have no theraputic benefits (ie not even phychosomatic improvement of symptoms), eg. human desire to seek approval or confirm positive effects of treatment, measurement error, poor experimental design. Most damning is that for many experiments where a placebo effect is observed, if the experiment is repeated, especially if the methods are improved, the "placebo" effect tends towards zero. Ie it really represents a nuisance variable that we've slapped with a name when it is positive, and ignore when it is negative/absent. *Not* saying it doesn't exist (tho some are arguing that) but that it is probably waaaay more uncommon and weaker than we typically think.
But love to hear more!

Probably not the forum for this, but hopefully everyone is learning?? 🙂

The conversation may be esoteric, but it's relevant.

I tend to follow in the direction of Dr. Leach's teachings ("Survival Psychology"), however my interests lay more specifically in wilderness survival psychology (and related areas/topics). I find it an enjoyable distraction. Hence, my post on "The Extractor", though my background is in law.

Yes! I find the vicissitudes (I don't get to use that word enough!) of psychology and the human mind MOST interesting! (ie the butcher who caught his arm in a meat hook, and was in excruciating pain... until he learned the hook was only caught in his shirt sleeve), or more to the point, the story of Joe Simpson (an alpine mountaineer who summited Siula Grande, Peru, then broke his leg, then fell into a crevasse, yet still managed to find the wherewithal to CRAWL his way out and down the mountain before his mates left base camp!) I could discuss and debate the genre ad absurdum, but I digress.

The only obvious flaw, at this point, in "The Bite Thing" literature/advertising is the characterization of venom as "poison." Otherwise, I personally wouldn't include it as part of MY kit. For the average person, I think of it as one more luxury item to take up space, best left to backyard barbecues. However, for those with allergies, it MAY have some convenience (perhaps even benefit), but at the risk of anaphylaxis.

Currently, if a victim has an allergic reaction, they hopefully have a kit: 1. An antihistamine medication would be a used. If a severe reaction continues, 2. An oral steroid medication (tablet or liquid) would be used. If there's still a severe reaction, 3. An adrenaline (epinephrine) injection. To say nothing of the pain and discomfort.

As with The Extractor, my opinion is even if it doesn't work AND does not case more problems, at a minimum, it may waste valuable time!

I’m sorry, what we we talking about?

@BortEdwards, that will keep him busy for hours.

For now, I'm not ready to nominate The Bite Thing (or bear bells without evidence) to be pulled from REI shelves, but at least it won't take over a decade to arrive at a reasoned conclusion.

In the teton wilderness this past August, several of the outfitter pack trains used bear bells on their horses/mules. Observable at beginning of video.

Bringing supplies deep into griz country is their livelihood, I wonder what they would think of our comments? 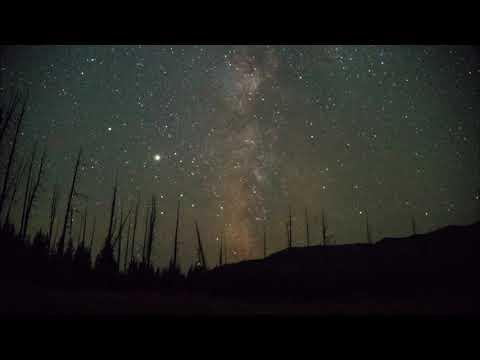 @@Philreedshikes  I also wear an elephant bell, no elephants within THOUSANDS of miles, so it MUST be working, right?

All kidding aside, THAT'S why science is so important, it is a way of examining a thing in a dispassionate, methodical, logical way. Personal experience, in the courtroom or the laboratory, is a LOWEST form of evidence. It is subject to bias, memory lapses, expectation, and so on.

Science removes all that C*** until all that's left are FACTS. Investigating a thing, scientifically, depends on precisely what your hypothesis is, precisely how you go about getting the results, and precisely how you interpret those results. Regardless, I did say at the outset to be ready to defe you nominations with FACTS.

Do bear bells work? Or is it more likely that the noise caused by the outfitter PACK TRAINS themselves warn bears off instead??

And BTW, I wasn't the one who nominated bear bells to be pulled, that was @Wanderer.

> @Philreedshikes  I also wear an elephant bell, no elephants within THOUSANDS of miles, so it MUST be working, right?

People used to ask me if there are bears in the Alps. My answer, "Of course not.  All the cows wear bells."

Now those bells are big and loud, unlike like the puny ~1" ones sold in stores as "bear" bells.

[Actually in recent years bears have been re-introduced to parts of the Alps so that's no longer an accurate response.]

> Do bear bells work? Or is it more likely that the noise caused by the outfitter PACK TRAINS themselves warn bears off instead??

That would be my guess. The ones sold in stores are too small and make too little noise to rise above the sound of two hikers chatting. Perhaps their sound is higher frequency and bears can hear that better.

While we're discussing bears, some years ago when I was visiting Banff, several trails were restricted to parties of 5 or more due to recent bear activity. I asked a warden (Canadian for ranger) why 5 and not 4 or 6? His response, "Well there's never been a report of a bear attacking groups of 5 or more." I hopethink he was being serious...

@SurvivalGal That’s a great question, and it deserves a great answer!

So I've been struggling with how to balance the backpacking budget, durability and weight....